With a constant focus on authenticity, elegance and sobriety, Atelier Tuffery has been designing its collections for 125 years from its base at the foot of the mineral-packed Cévennes mountains in the heart of France’s Lozère department. The house’s legendary designs are blended with new sober and timeless newcomers, designed in Florac and adapted to the requirements of today’s everyday wardrobe and to the demands of the artisans who make them.

Atelier Tuffery’s demand for fine fabrics requires high-quality denim cloth, whether that is raw organic cotton, selvedge denim or denim mixed with silk. The fabrics chosen come from France, home of the ‘toile de Nîmes’, which gives us the name denim, Spain and Italy, which from the fabric produced in Genoa (Gênes in French) gives us the name jeans. Given its continuing search for excellence, Atelier Tuffery’s sourcing is a constant search for fabrics which are notable for their composition, their origins or the craftsmen who weave them. Jacrons, the labels attached to the back of jeans, comprise authentic leather and copper rivets and are instantly recognisable thanks to the three scissors symbol, the sign of the house of Atelier Tuffery.

The secret of the cut

The secret of the comfort of Atelier Tuffery jeans lies in the cut. Knowledge about the crucial cutting stage is passed from generation to generation of the family’s master tailors and is conducted using the famous large scissors. Atelier Tuffery works with cardboard patterns, a traditional technique which has been retained to enable hand-cutting of the fabric for the various pieces which make up the jeans. The fabric is marked with mineral chalk and the pieces assembled, giving birth to unique creations across the years.

Atelier Tuffery jeans are easily identified by their particularly high standard of finish, which guarantees garments that reflect the company’s tradition of quality. Pieces are sewn by hand in Florac, France, by master tailors trained by the heirs of this traditional skill, which is now part of France’s artisanal heritage.

As a direct inheritance of the workwear created by Célestin Tuffery, using fabric from Nîmes, Atelier Tuffery jeans have retained their practical and comfortable side. The two-piece pocket, still found in men’s jeans, is characteristic of Atelier Tuffery’s attention to the finish of its jeans. It’s a reminder of the company’s avant-garde spirit of innovation, which means only the lower pocket, worn out through the carrying of tools and other bits of hardware, needs to be changed.

French jeans from the outset

Atelier Tuffery’s approach is part of the slow fashion movement, respectful not only of the artisans who make its collections, but also of those who wear them and, crucially, the environment. Therefore, the family company conducts its washing ecologically in France. Jeans are still produced according to demand and Atelier Tuffery continues to pursue its search for excellent fabrics for a responsible, qualitative and perennial clothing line. In order to further limit Atelier Tuffery’s carbon footprint, raw materials are sourced as close as possible to the workshop.

Imparting craftsmanship for the future

To ensure this savoir-faire never disappears and that future generations of men and women can continue to enjoy denim clothing, Atelier Tuffery pays particular attention to the training of its future master tailors and clothiers. The transmission of this original savoir-faire is conducted internally, over the course of a long training process. Each couturier has all the secrets for making every garment that emerges from the workshop and perpetuates the demand for quality, dating back to 1892, for the centuries to come. 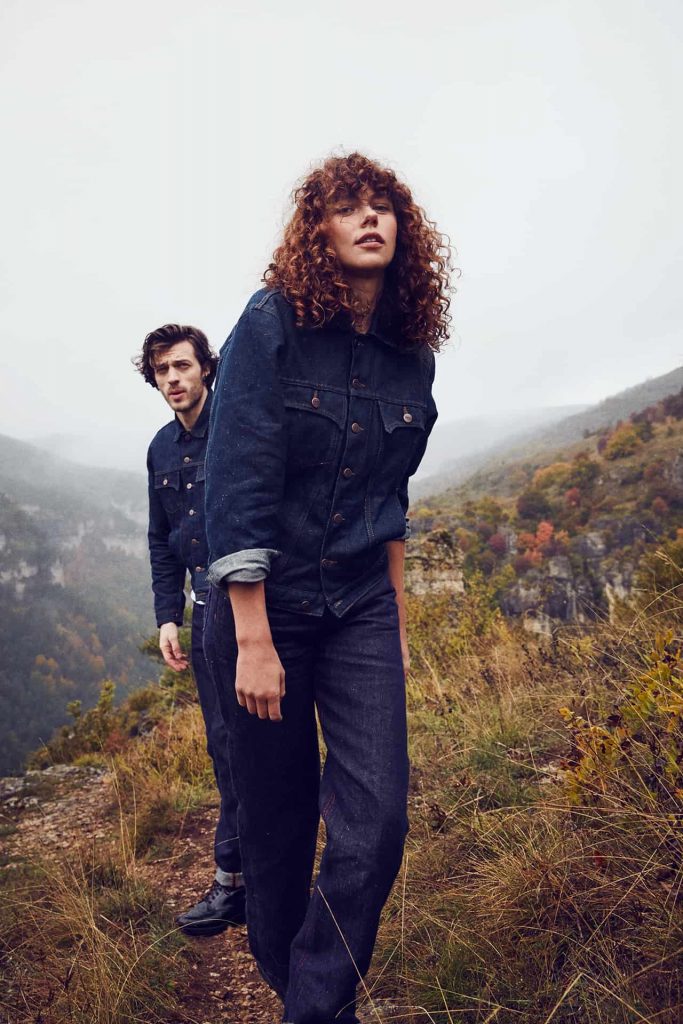